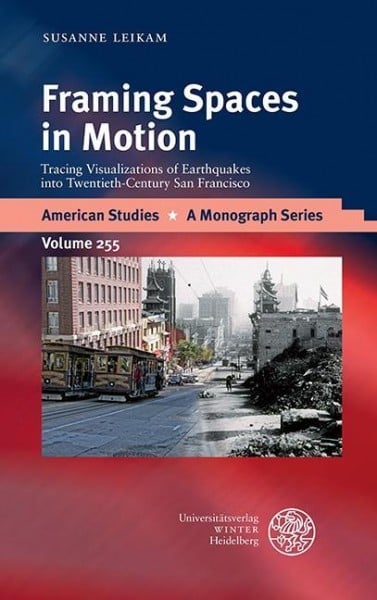 'Framing Spaces in Motion' explores how communities come to terms with earthquakes as well as the risk of their recurrences and how these moments of physical and ideological rupture emerge as sites of negotiation for preexisting cultural, political, and economic conflicts. From an in-depth examination of the early modern European textual and visual repertoires of making sense of earthquakes, 'Framing Spaces in Motion' traces the development of earthquake discourses and framing patterns into the nineteenth-century United States. A profound discussion of the historical protocols of disaster discourses in the San Francisco Bay Area paves the ground for an extensive analysis of the earthquake framings of one of the most prolifically visualized events at the turn of the century, the 1906 San Francisco Earthquake and Fire. 'Framing Spaces in Motion' is the first comprehensive study to investigate the rhetorical and pictorial conventions of framing earthquakes from a transnational perspective and also one of the first to devote ample attention to the visual culture of natural disasters by assessing earthquake pictures in their interpictorial relationships, (in)visibilities, and strategic manipulations. In addition to its grounding in Transnational American Studies, the analysis is located at the intersection of visual culture studies, disaster studies, ecocriticism, and memory studies. von Leikam, Susanne