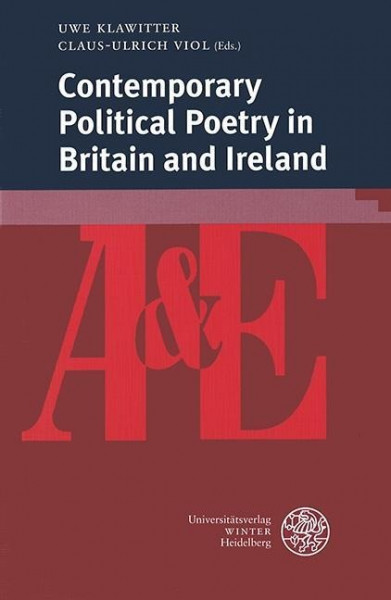 The political poetry produced over the last three decades in Britain and Ireland is marked by a rich diversity of commitments and concerns, a striving for the effective matching of poetic strategy and expressive purpose. The poets considered in this collection of essays differ widely in the intensity of their engagement and their ideological orientation. Their poems address social injustice, civil liberties, ethnic conflict and identity, sexual politics, green issues and urban development but turn also to the politics of aesthetics and the political role of poetry and poet as such. One of the main objectives of this volume is to sound out in how far all these different articulations of the political share common poetic patterns and modes of address or seek to achieve their political effects by completely different, even contrary, ways of discursive approach. Another objective is to provide fresh answers to the vexed question of what the benefits and limitations of a poetic approach to politics may be.