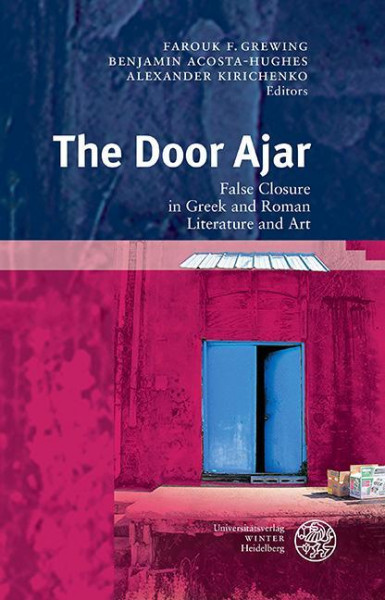 When is "closure" in fact "false closure", the deceptive opposite of apparent conclusion or perfection? 2009 marked the twentieth anniversary of the publication of Don Fowler's seminal essay "First Thoughts on Closure: Problems and Prospects" (MD 22: 75-122), a work that contributed greatly to bringing about a broad reconsideration in Ancient literary studies of the concept of closure whether understood as an ontological feature, an aesthetic concept, an appreciative inclination on the part of a work's audience or a psychological desire of the individual to control the "text" at hand. The present volume, ,The Door Ajar: False Closure in Greek and Roman Literature and Art', seeks to mark both a debt to the ongoing influence of Fowler's work, and to frame a future discourse on false closure in particular as an artistic phenomenon. von Grewing, Farouk F. und Acosta-Hughes, Benjamin und Kirichenko, Alexander