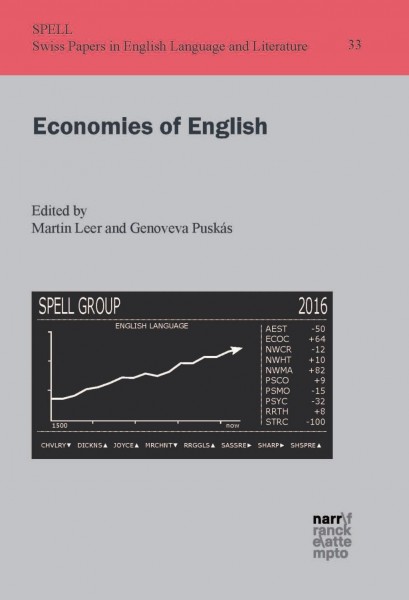 As the world still reels from the financial crisis of 2007-8, it seems timely to reflect on the connections between money and value embedded in all our discourses about economy, language and literature. The essays in this volume bring together a wide range of approaches to demonstrate how the discipline of English studies and language and literature studies more generally rest on a goldmine of largely unexamined economic metaphors: from Ferdinand de Saussure's notions of linguistic "value" to the actual economic value of English as a second language; from Shakespeare's uncanny eye for the ?duciary principle of the modern economy to Joyce's "scrupulous meanness" as an economy of style; from women interrupting the circulation of money in early modern comedy to "living well on nothing a day" in Thackeray's 'Vanity Fair'; from derivatives in the poetics of Anne Carson to the generic economy of gay coming-out films.

Martin Leer is maître d'enseignement et de recherche and Head of contemporary literature in the English Department at the University of Geneva. He holds his undergraduate degree from the university of Copenhagen, Denmark and his Ph.D. from the University