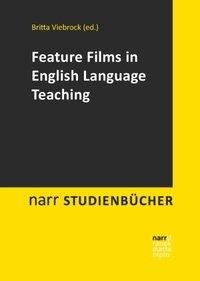 Feature Films in English Language Teaching deals with the use of motion pictures in the advanced EFL (English as a foreign language) classroom. It provides a general introduction to film literacy and explains the rationale, methods, and objectives of working with feature films. In addition, the book contains in-depth considerations on sixteen selected films, which are grouped regionally (Australia, New Zealand, South Africa, USA, Great Britain). Each chapter describes the topical focus of the film and its central theme and provides background information on social, historical, political, and geographical issues. A profound analysis of selected scenes lays the foundation for considerations on the teaching potential of the film. In a download section, the chapters are complemented with ready-to-use teaching materials on film-specific aspects (narrative, dramatic and cinematographic dimensions), which are organised as pre-/while-/post-viewing activities. A glossary on technical terms for film analysis completes the volume. von Viebrock, Britta