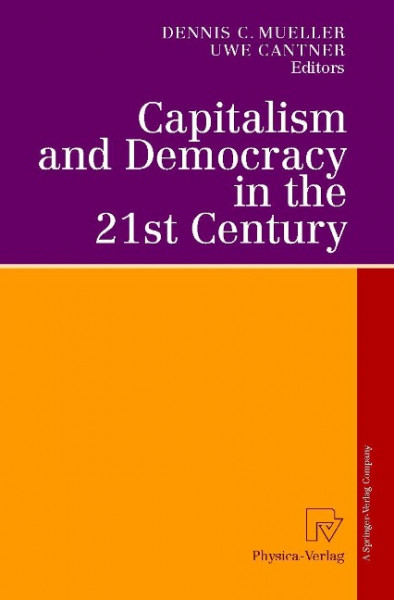 Capitalism and Democracy in the 21st Century

Joseph Schumpeter oscillated in his view about the type of economic system that was most conducive to growth. In his 1911 treatise, Schumpeter argued that a more decentralized and turbulent industry structure where the pro­ cess of creative destruction was triggered by vigorous entrepreneurial ac­ tivity was the engine of economic growth. But by 1942 Schumpeter had modified his theory, arguing instead that a more centralized and stable industry structure was more conducive to growth. According to Schum­ peter (1942, p. 132), under the managed economy there was little room for entrepreneurship because, "Innovation itself is being reduced to routine. Technological progress is increasingly becoming the business of teams of trained specialists who turn out what is required to make it work in pre­ dictable ways" (p. 132). Schumpeter (1942) reversed his earlier view by arguing that the integration of knowledge creation and appropriation be­ stowed an inherent innovative advantage upon giant corporations, "Since capitalist enterprise, by its very achievements, tends to automize progress, we conclude that it tends to make itself superfluous - to break to pieces under the pressure of its own success. von Mueller, Dennis C. und Cantner, Uwe