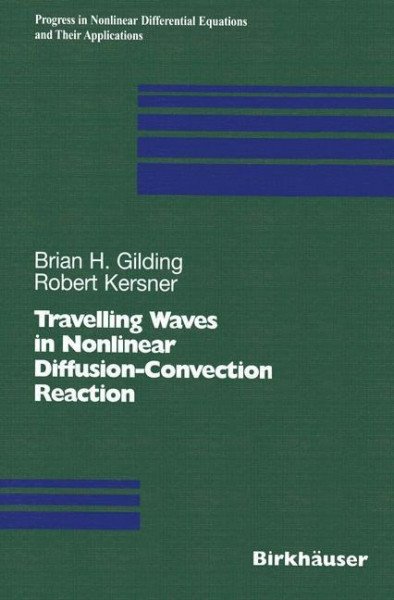 This monograph has grown out of research we started in 1987, although the foun­ dations were laid in the 1970's when both of us were working on our doctoral theses, trying to generalize the now classic paper of Oleinik, Kalashnikov and Chzhou on nonlinear degenerate diffusion. Brian worked under the guidance of Bert Peletier at the University of Sussex in Brighton, England, and, later at Delft University of Technology in the Netherlands on extending the earlier mathematics to include nonlinear convection; while Robert worked at Lomonosov State Univer­ sity in Moscow under the supervision of Anatolii Kalashnikov on generalizing the earlier mathematics to include nonlinear absorption. We first met at a conference held in Rome in 1985. In 1987 we met again in Madrid at the invitation of Ildefonso Diaz, where we were both staying at 'La Residencia'. As providence would have it, the University 'Complutense' closed down during this visit in response to student demonstra­ tions, and, we were very much left to our own devices. It was natural that we should gravitate to a research topic of common interest. This turned out to be the characterization of the phenomenon of finite speed of propagation for nonlin­ ear reaction-convection-diffusion equations. Brian had just completed some work on this topic for nonlinear diffusion-convection, while Robert had earlier done the same for nonlinear diffusion-absorption. There was no question but that we bundle our efforts on the general situation. von Gilding, Brian H. und Kersner, R.