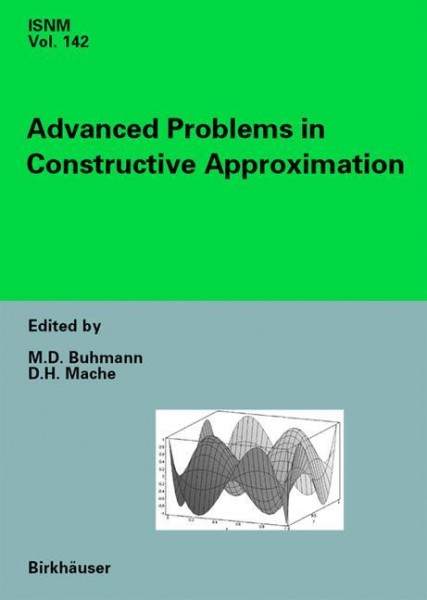 The current form of modern approximation theory is shaped by many new de­ velopments which are the subject of this series of conferences. The International Meetings on Approximation Theory attempt to keep track in particular of fun­ damental advances in the theory of function approximation, for example by (or­ thogonal) polynomials, (weighted) interpolation, multivariate quasi-interpolation, splines, radial basis functions and several others. This includes both approxima­ tion order and error estimates, as well as constructions of function systems for approximation of functions on Euclidean spaces and spheres. It is a piece of very good fortune that at all of the IDoMAT meetings, col­ leagues and friends from all over Europe, and indeed some count ries outside Europe and as far away as China, New Zealand, South Africa and U.S.A. came and dis­ cussed mathematics at IDoMAT conference facility in Witten-Bommerholz. The conference was, as always, held in a friendly and congenial atmosphere. After each meeting, the delegat es were invited to contribute to the proceed­ ing's volume, the previous one being published in the same Birkhäuser series as this one. The editors were pleased about the quality of the contributions which could be solicited for the book. They are refereed and we should mention our gratitude to the referees and their work. von Buhmann, Martin D. und Mache, Detlef H.