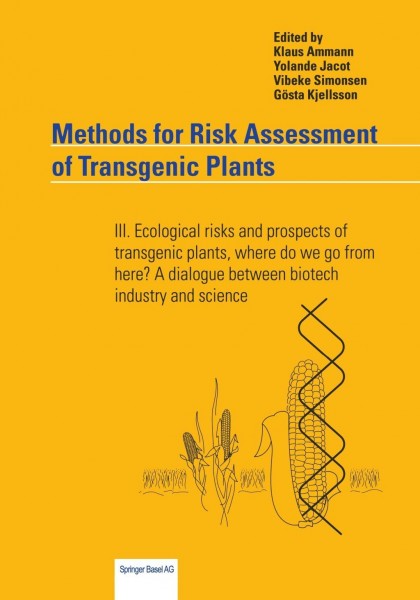 Methods for Risk Assessment of Transgenic Plants
III. Ecological risks and prospects of transgenic plants, where do we go from here? A dialogue between biotech industry and science

The Berne Symposium invited leading scientists of risk assessment research with transgenic crops on an international level in order to enhance the discussion regulators and members of the biotech industry. The goal was to determine the status quo and also to make progress in times of a first global spread of transgenes in agrosystems about risk assessment. The dialogue between scientists, regulators and industry representatives also revealed some lacunes of risk assessment research, which will have to be filled in the future: We still lack longterm experience, for which we will have to collect data with scientific precision. The symposium concluded asking for a risk-oriented longterm monitoring system based on critical science and hard data. This volume presents the discussion sessions as well as the scientific contributions and thus mirrors the risk assessment debate, based not on exaggerated negative scenarios but on critical science and hard data. von Ammann, Klaus und Jacot, Yolande und Kjellsson, Gösta und Simonsen, Vibeke