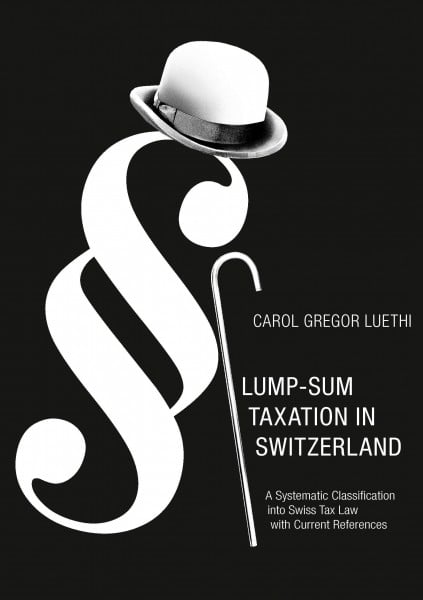 International Edition (Distribution in USA, Canada, Great Britain, Australia)Both the Federal Act on Direct Federal Taxation (DBG) as well as the Federal Act on the Harmonisation of Income Taxes of the Cantons and Communities (StHG) allow non-working foreign citizens with Swiss residency to benefit from a special kind of income and wealth taxation. This historically anchored regulation has attracted wealthy foreign citizens to take up residency in Switzerland and will likely continue to do so. For the first time in over 150 years of lump-sum taxation history this book gives a systematical and comprehensive overview on the revised regulations and includes several side effects of taxation.***As lector, the manner of concentration to the topic, the comprehensive processing of the literature, as well as with the changing legal bases in the federal state, and in the cantons, appears to me as impressive. Indeed, this extremely successful master thesis is qualified for an award ceremony. It is because of this that Mr. Luethi received, from my side, the predicate summa cum laude. (Prof. Dr. Bernhard Zwahlen, President of the advisory board of the Swiss Institute of Taxation, Zurich)***Carol Gregor Luethi has very extensively investigated lump-sum taxation. Beneath the historical and current developments he was not afraid to investigate the practice in the cantons, what is very meritorious as there partly exist large differencies. Also, for this topic, existing literature and judicature is seamlessly integrated into his analysis. So far, only one scientifical work that dealed in a related depth with lump-sum taxation in Switzerland, existed, which is namely the one of Prof. Marco Bernasconi from 1983. Already with the introduction of the StHG but with the thigthening of lump-sum taxation more than ever this existing work is outdated. Carol Gregor Luethis scientific work is closing this gap. His substantiated investigation even goes beyond existing work, with side glances to foreign treatments. Due to this reason, Mr. Luethi received the top rating summa cum laude. (Prof. Dr. iur. Toni Amonn, Lecturer at the University of Bern; Partner and attorney-at-law, Law Firm Switzerland, Bern) von Luethi, Carol Gregor

Carol Gregor Luethi studied Business Economics in Brugg and Olten (Switzerland) and Swiss and International Tax Law in Zurich. He is Tax Consultant with a global Audit, Legal and Tax consulting company and works mainly in the field of individual taxation. This book is based on his Master Thesis to the LL.M. in Swiss and International Taxation.The original edition of this book was published titled Die Besteuerung nach dem Aufwand in der Schweiz - Eine systematische Einordnung ins schweizerische Steuerrecht mit aktuellem Bezug (ISBN 978-3-7431-7543-3 resp. ISBN 978-3-7448-7314-7) in 2017. A hardcover version of the English book is available under ISBN 978-3-7448-8638-3.