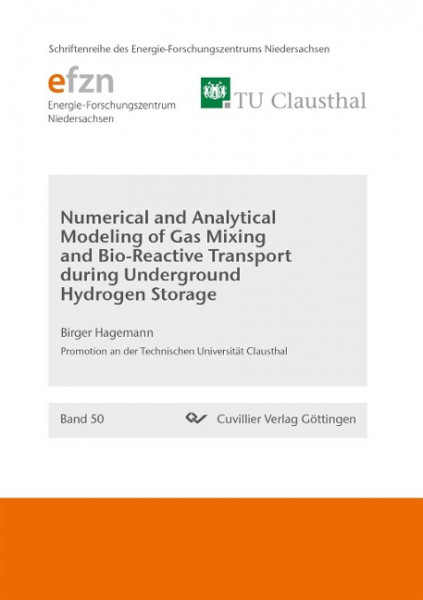 In this thesis the major differences between underground hydrogen storage and the conventional storage of natural gas are lined out to be bio-reactive and gas mixing phenomena. A new mathematical model was developed to describe the coupling between two-phase flow and microbial populations which consume hydrogen for their metabolism. Different analytical and numerical techniques were applied to investigate the storage of hydrogen in the geological subsurface. An analytical solution was derived for gravity-driven multi-component two-phase flow in heterogeneous porous media. Oscillating scenarios, similar to Turing instability, were detected. Storage scenarios were simulated including a field scale demonstration in a realistic geological model. von Hagemann, Birger