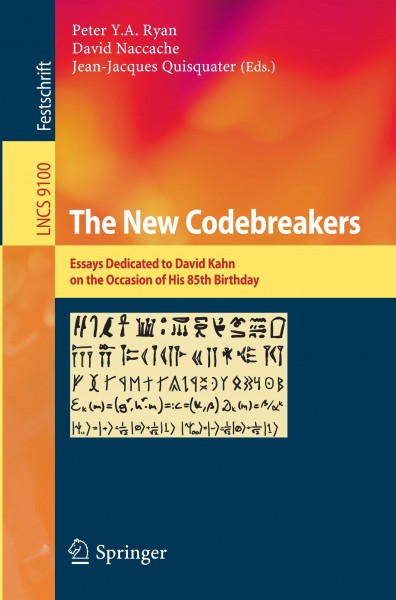 This Festschrift volume is published in honor of David Kahn and is the outcome of a Fest held in Luxembourg in 2010 on the occasion of David Kahn's 80th birthday. The title of this books leans on the title of a serious history of cryptology named "The Codebreakers", written by David Kahn and published in 1967. This book contains 35 talks dealing with cryptography as a whole. They are organized in topical section named: history; technology - past, present, future; efficient cryptographic implementations; treachery and perfidy; information security; cryptanalysis; side-channel attacks; randomness embedded system security; public-key cryptography; and models and protocols. von Ryan, Peter