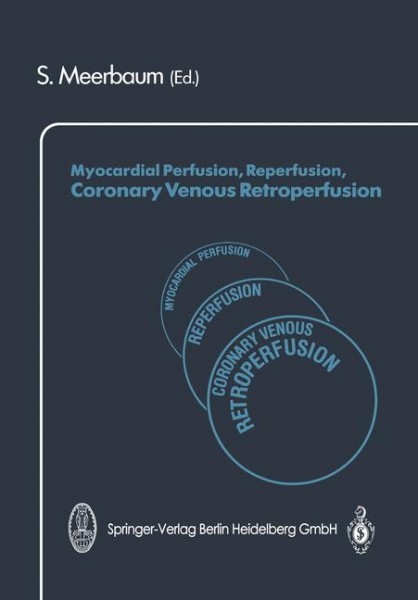 The primary goal of this book is to survey issues pertaining to coronary venous retroperfusion, a potentially beneficial treatment of myocardial ischemia. Since attention will be focused on the myocardium, its normal or deranged antegrade perfusion will be discussed first, along with factors affecting blood supply to region­ ally ischemic tissue. After pointing to coronary reperfusion and its rapidly expand­ ing applications, the principle of coronary venous interventions will be discussed. Recent anatomic observations are presented to clarify features of the coronary venous sytems, some of which remain inadequately defined, yet play a crucial role in determining effectiveness of all retrograde methods. The remainder of the text concentrates on the development of retroperfusion sytems designed for retrograde treatment of myocardium jeopardized by deficient ante grade blood delivery, sec­ ondary to coronary artery obstruction. Retroinfusion of contrast is also considered as a potential diagnostic tool. The final chapter of the book reports on recent efforts aimed at a mathematical modeling of mechanisms and effects of coronary venous interventions. von Meerbaum, S.