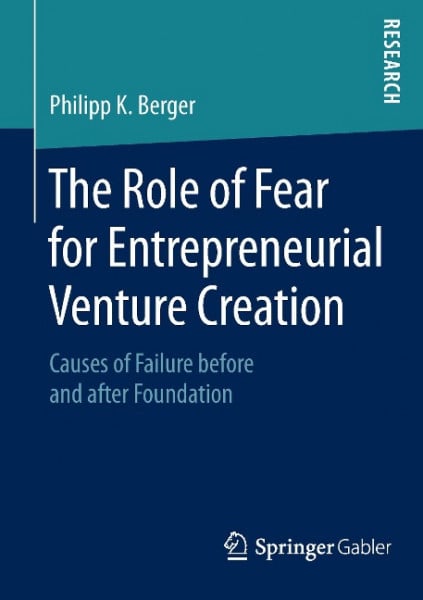 The Role of Fear for Entrepreneurial Venture Creation

Based on theory and an empirical survey, Philipp K. Berger measures the amount of fear for different groups of entrepreneurs. He draws parallels to Prospect Theory revealing the components of fear and shows, that entrepreneurial fear is a rather rational subconscious evaluation of the situation. Furthermore, he identifies the root causes of this fear - the fear of failure - and the underlying reasons, why potential entrepreneurs think they might fail. A comparison to actual company failure shows, that potential entrepreneurs both over-rate certain potential pitfalls and under-estimate other blind spots. The attributes of the individuals also have an influence on their fear, clustering them into rather fearful and rather fearless entrepreneurs. Based on the generated insights, the book concludes with concrete recommendations to improve the entrepreneurial activity in a country. von Berger, Philipp K.

Philipp K. Berger is a researcher for entrepreneurship at the University of Bremen. He is an entrepreneur himself and has a previous career as a manager.