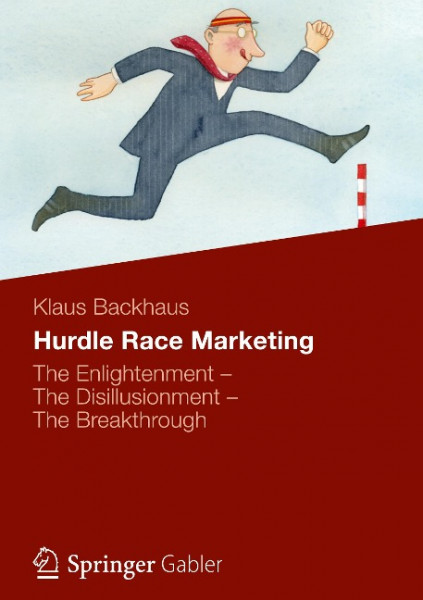 Hurdle Race Marketing
The Enlightenment - The Disillusionment - The Breakthrough

In an amusing way Klaus Backhaus endeavours to explain how much of what is sold in practice under the guise of a pronounced market orientation is nothing more than the telling of a fairy tale. And so the story takes its course. Despite a perceived market orientation the German engineering company "Deutsche Maschinenbau AG" is losing its market share. But instead of joining forces to systematically hunt down and identify the causes of these losses, all those involved become entangled in a mutual blame game. Not until the Marketing Manager has his say, does the tide seem to turn. Nevertheless, when it comes to putting things into practice, it soon becomes clear that the devil is in the details. Following an initial enlightenment and a subsequent disillusionment phase, the breakthrough finally comes when the CEO decides to make the cause his own, demanding that market orientation must become a daily common practice and a personally lived reality. After all, marketing is more than the existence of a marketing department. It is a lived shared value orientation and thus relevant for every single employee on the company payroll. Only those who are prepared to live this are in a position to act in keeping with the needs and conditions of the market. von Backhaus, Klaus und Krings, Karen und West, Dianne