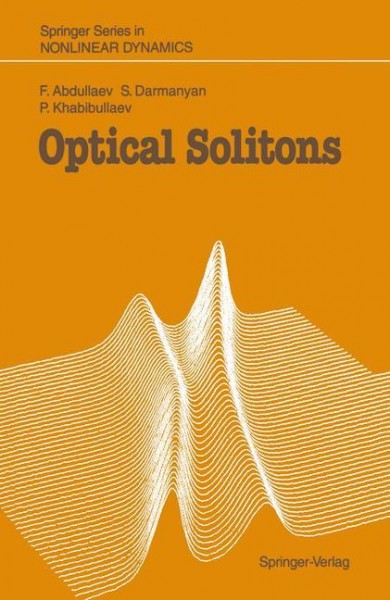 The investigation of nonlinear wave phenomena has been one of the main direc­ tions of research in optics for the last few decades. Soliton concepts applied to the description of intense electromagnetic beams and ultrashort pulse propagation in various media have contributed much to this field. The notion of solitons has proved to be very useful in describing wave processes in hydrodynamics, plasma physics and condensed matter physics. Moreover, it is also of great importance in optics for ultrafast information transmission and storage, radiation propagation in resonant media, etc. In 1973, Hasegawa and Tappert made a significant contribution to optical soliton physics when they predicted the existence of an envelope soliton in the regime of short pulses in optical fibres. In 1980, Mollenauer et al. conducted ex­ periments to elucidate this phenomenon. Since then the theory of optical solitons as well as their experimental investigation has progressed rapidly. The effects of inhomogeneities of the medium and energy pumping on optical solitons, the interaction between optical solitons and their generation in fibres, etc. have all been investigated and reported. Logical devices using optical solitons have been developed; new types of optical solitons in media with Kerr-type nonlinearity and in resonant media have been described. von Abdullaev, Fatkhulla und Darmanyan, Sergei und Khabibullaev, Pulat