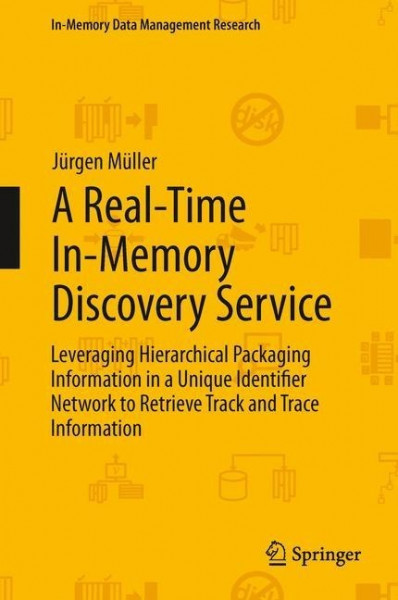 ¿The research presented in this book discusses how to efficiently retrieve track and trace information for an item of interest that took a certain path through a complex network of manufacturers, wholesalers, retailers, and consumers. To this end, a super-ordinate system called "Discovery Service" is designed that has to handle large amounts of data, high insert-rates, and a high number of queries that are submitted to the discovery service. An example that is used throughout this book is the European pharmaceutical supply chain, which faces the challenge that more and more counterfeit medicinal products are being introduced. Between October and December 2008, more than 34 million fake drug pills were detected at customs control at the borders of the European Union. These fake drugs can put lives in danger as they were supposed to fight cancer, take effect as painkiller or antibiotics, among others. The concepts described in this book can be adopted for supply chain management use cases other than track and trace, such as recall, supply chain optimization, or supply chain analytics. von Müller, Jürgen

Jürgen Müller studied business-oriented computer science in Göttingen, Germany. During his studies, he learned Mandarin and spent half a year at Tongji University in Shanghai, China. In 2007 he joined the research group of Professor Hasso Plattner at the Hasso Plattner Institute in Potsdam, Germany. Since 2007, he is as well collaborating with SAP AG in the area of strategic projects. He serves as Senior Researcher and Chair Representative at the research chair of Professor Hasso Plattner. In addition to that, he is Executive Director of the MIT Forum for Supply Chain Innovation.