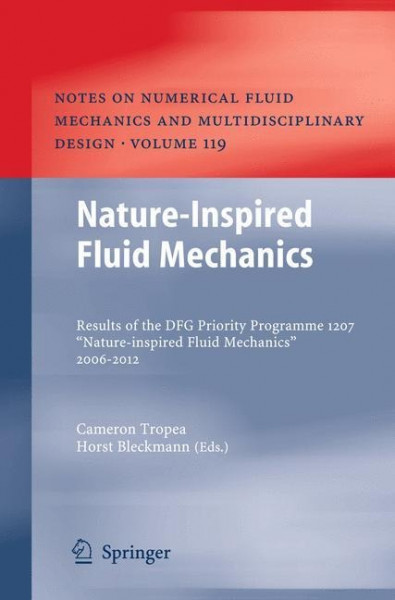 This book is the closing report of the national priority program Nature-Inspired Fluid Mechanics (Schwerpunktprogramm SPP 1207: Strömungsbeeinflussung in der Natur und Technik). Nature-inspired fluid mechanics is one subset of biomimetics, a discipline which has received increased attention over the last decade, with numerous faculties and degree courses devoted solely to exploring 'nature as a model' for engineering applications. To save locomotion energy, evolution has optimized the design of animals such that friction loss is minimized. In addition to many morphological adaptations, animals that are often exposed to water or air currents have developed special behaviors that allow them to use the energy contained in air or water fluctuations for energy savings. Such flow manipulation and control is not only important for many animals, but also for many engineering applications. Since living beings have been optimized by several million years of evolution it is very likely that many engineering disciplines can profit from the study of systems found in nature. Curiously, there has been little serious cross-disciplinary work and information exchange on the topic of fluid dynamics and flow control and this was the initial motivation to establish this national priority program. von Tropea, Cameron und Bleckmann, Horst