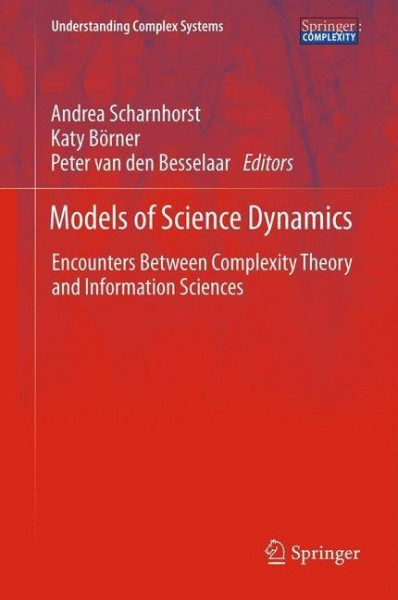 Models of Science Dynamics-Encounters Between Complexity Theory and Information Sciences

Models of Science Dynamics-Encounters Between Complexity Theory and Information Sciences

Models of Science Dynamics aims to capture the structure and evolution of science, the emerging arena in which scholars, science and the communication of science become themselves the basic objects of research. In order to capture the essence of phenomena as diverse as the structure of co-authorship networks or the evolution of citation diffusion patterns, such models can be represented by conceptual models based on historical and ethnographic observations, mathematical descriptions of measurable phenomena, or computational algorithms. Despite its evident importance, the mathematical modeling of science still lacks a unifying framework and a comprehensive study of the topic. This volume fills this gap, reviewing and describing major threads in the mathematical modeling of science dynamics for a wider academic and professional audience. The model classes presented cover stochastic and statistical models, system-dynamics approaches, agent-based simulations, population-dynamics models, and complex-network models. The book comprises an introduction and a foundational chapter that defines and operationalizes terminology used in the study of science, as well as a review chapter that discusses the history of mathematical approaches to modeling science from an algorithmic-historiography perspective. It concludes with a survey of remaining challenges for future science models and their relevance for science and science policy. von Scharnhorst, Andrea und Börner, Katy und Besselaar, Peter