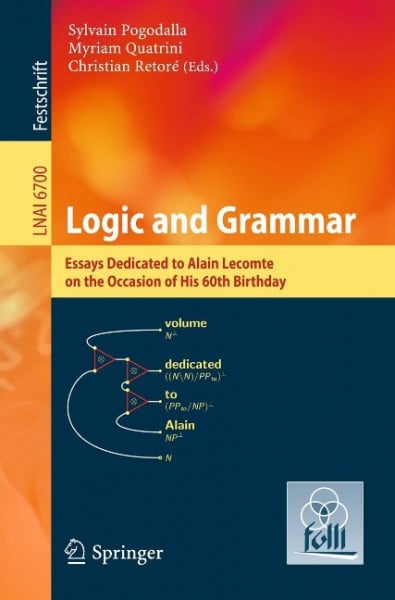 This book contains selected papers from the Colloquium in Honor of Alain Lecomte, held in Pauillac, France, in November 2007. The event was part of the ANR project "Prélude" (Towards Theoretical Pragmatics Based on Ludics and Continuation Theory), the proceedings of which were published in another FoLLI-LNAI volume (LNAI 6505) edited by Alain Lecomte and Samuel Tronçon. The selected papers of this Festschrift volume focus on the scientific areas in which Alain Lecomte has worked and to which he has contributed: formal linguistics, computational linguistics, logic, and cognition. von Pogodalla, Sylvain und Quatrini, Myriam und Retoré, Christia