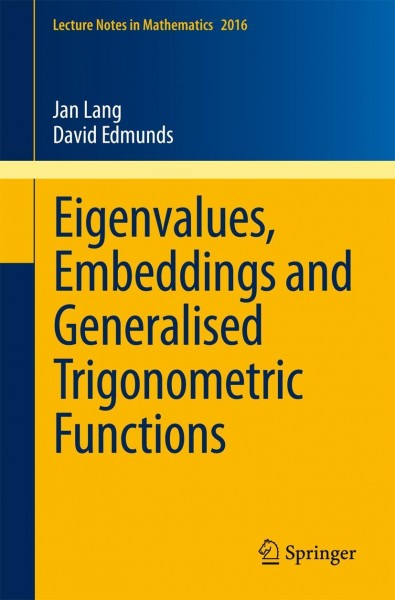 The main theme of the book is the study, from the standpoint of s-numbers, of integral operators of Hardy type and related Sobolev embeddings. In the theory of s-numbers the idea is to attach to every bounded linear map between Banach spaces a monotone decreasing sequence of non-negative numbers with a view to the classification of operators according to the way in which these numbers approach a limit: approximation numbers provide an especially important example of such numbers. The asymptotic behavior of the s-numbers of Hardy operators acting between Lebesgue spaces is determined here in a wide variety of cases. The proof methods involve the geometry of Banach spaces and generalized trigonometric functions; there are connections with the theory of the p-Laplacian. von Lang, Jan und Edmunds, Davi