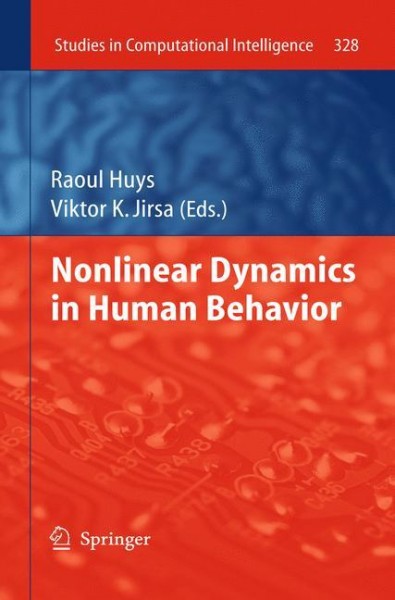 Humans engage in a seemingly endless variety of different behaviors, of which some are found across species, while others are conceived of as typically human. Most generally, behavior comes about through the interplay of various constraints - informational, mechanical, neural, metabolic, and so on - operating at multiple scales in space and time. Over the years, consensus has grown in the research community that, rather than investigating behavior only from bottom up, it may be also well understood in terms of concepts and laws on the phenomenological level. Such top down approach is rooted in theories of synergetics and self-organization using tools from nonlinear dynamics. The present compendium brings together scientists from all over the world that have contributed to the development of their respective fields departing from this background. It provides an introduction to deterministic as well as stochastic dynamical systems and contains applications to motor control and coordination, visual perception and illusion, as well as auditory perception in the context of speech and music. von Huys, Raoul und Jirsa, Viktor K.