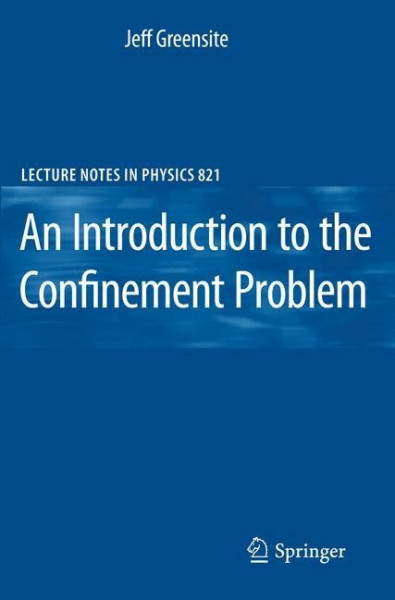 This book addresses the confinement problem, which quite generally deals with the behavior of non-abeliangauge theories, and the force which is mediated by gauge fields, at large distances.The word "confinement" in the context of hadronic physics originallyreferred to the fact that quarks and gluons appear to be trapped inside mesons andbaryons, from which they cannot escape. There are other, and possibly deeper meaningsthat can be attached to the term, and these will be explored in this book. Althoughthe confinement problem is far from solved, much is now known about thegeneral features of the confining force, and there are a number of very well motivated theories of confinement which are under activeinvestigation. This volume gives a both pedagogical and concise introduction and overview of the main ideas in thisfield, their attractive features, and, as appropriate, their shortcomings. von Greensite, Jeff