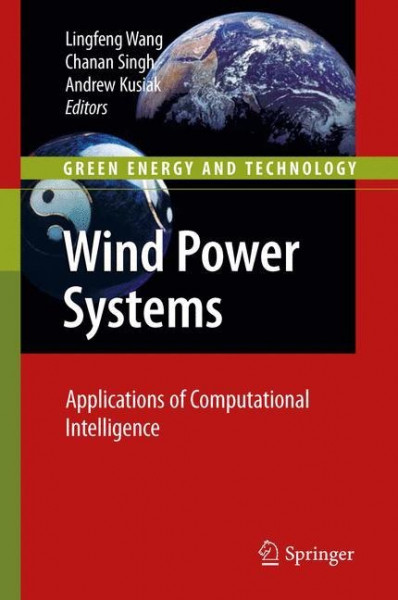 Renewable energy sources such as wind power have attracted much attention because they are environmentally friendly, do not produce carbon dioxide and other emitants, and can enhance a nation's energy security. For example, recently more significant amounts of wind power are being integrated into conventional power grids. Therefore, it is necessary to address various important and challenging issues related to wind power systems, which are significantly different from the traditional generation systems. This book is a resource for engineers, practitioners, and decision-makers interested in studying or using the power of computational intelligence based algorithms in handling various important problems in wind power systems at the levels of power generation, transmission, and distribution.Researchers have been developing biologically-inspired algorithms in a wide variety of complex large-scale engineering domains. Distinguished from the traditional analytical methods, the new methods usually accomplish the task through their computationally efficient mechanisms. Computational intelligence methods such as evolutionary computation, neural networks, and fuzzy systems have attracted much attention in electric power systems. Meanwhile, modern electric power systems are becoming more and more complex in order to meet the growing electricity market. In particular, the grid complexity is continuously enhanced by the integration of intermittent wind power as well as the current restructuring efforts in electricity industry. Quite often, the traditional analytical methods become less efficient or even unable to handle this increased complexity. As a result, it is natural to apply computational intelligence as a powerful tool to deal with various important and pressing problems in the current wind power systems. This book presents the state-of-the-art development in the field of computational intelligence applied to wind power systems by reviewing the most up-to-date work and representative practical problems collecting contributions from leading experts in electrical engineering, system engineering, and other disciplines. von Wang, Lingfeng und Singh, Chanan und Kusiak, Andrew