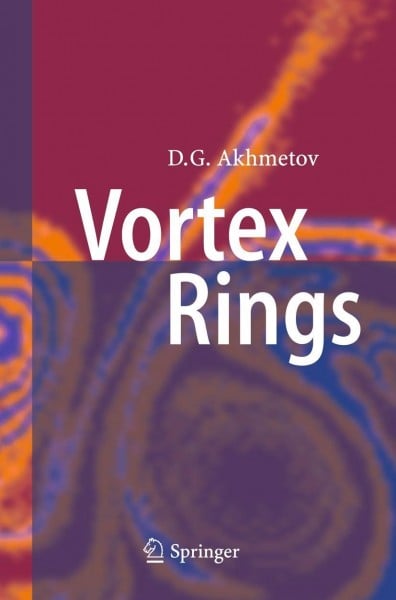 Vortex flow is one of the fundamental types of fluid and gas motion. These flows are the most spectacular in the form of concentrated vortices, characterized by the localization of vorticity (curl of velocity) in bounded regions of a space, beyond which the vorticity is either absent or rapidly falls down to zero. Concentrated vortices are often observed in nature, exemplified by atmospheric cyclones, whirlwinds and tornados, oceanic vortices, whirlpools on a water s- face, and ring vortices caused by explosive outburst of volcanoes. In technical - vices concentrated vortices form when flow separates from sharp edges of flying vehicles and ships. Among these are vortices flowing off the ends of airplane wings, and intentionally generated vortices for intensification of burning in c- bustion chambers, vortices in cyclonic devices used for mixing or separation of impurities in fluids and gases. One such remarkable and frequent type of conc- trated vortices is a vortex ring which constitutes a vortex tube closed into a t- oidal ring moving in a surrounding fluid like an isolated body out of contact with solid boundaries of the flow region if such boundaries exist. Formation and motion of vortex rings are important part of the dynamics of a continuum medium and have been studied for more than a century. von Akhmetov, D. G.