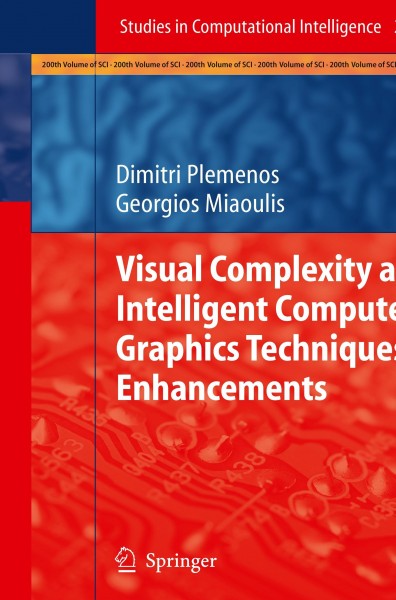 In this book, three main notions will be used in the editors search of improvements in various areas of computer graphics: Artificial Intelligence, Viewpoint Complexity and Human Intelligence. Several Artificial Intelligence techniques are used in presented intelligent scene modelers, mainly declarative ones. Among them, the mostly used techniques are Expert systems, Constraint Satisfaction Problem resolution and Machine-learning. The notion of viewpoint complexity, that is complexity of a scene seen from a given viewpoint, will be used in improvement proposals for a lot of computer graphics problems like scene understanding, virtual world exploration, image-based modeling and rendering, ray tracing and radiosity. Very often, viewpoint complexity is used in conjunction with Artificial Intelligence techniques like Heuristic search and Problem resolution. The notions of artificial Intelligence and Viewpoint Complexity may help to automatically resolve a big number of computer graphics problems. However, there are special situations where is required to find a particular solution for each situation. In such a case, human intelligence has to replace, or to be combined with, artificial intelligence. Such cases, and proposed solutions are also presented in this book. von Plemenos, Dimitri und Miaoulis, Georgios