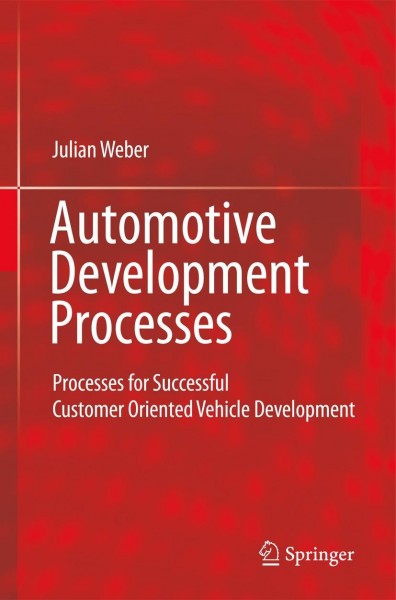 The global crisis the automotive industry has slipped into over the second half of 2008 has set a fierce spotlight not only on which cars are the right ones to bring to the market but also on how these cars are developed. Be it OEMs developing new models, suppliers integerating themselves deeper into the development processes of different OEMs, analysts estimating economical risks and opportunities of automotive investments, or even governments creating and evaluating scenarios for financial aid for suffering automotive companies: At the end of the day, it is absolutely indispensable to comprehensively understand the processes of auto- tive development - the core subject of this book. Let's face it: More than a century after Carl Benz, Wilhelm Maybach and Gottlieb Daimler developed and produced their first motor vehicles, the overall concept of passenger cars has not changed much. Even though components have been considerably optimized since then, motor cars in the 21st century are still driven by combustion engines that transmit their propulsive power to the road s- face via gearboxes, transmission shafts and wheels, which together with spri- damper units allow driving stability and ride comfort. Vehicles are still navigated by means of a steering wheel that turns the front wheels, and the required control elements are still located on a dashboard in front of the driver who operates the car sitting in a seat. von Weber, Julian

Prof. Julian Weber is currently a Strategy Manager in BMW Group's Product Strategy department. He began working for the BMW Group in 1997 after graduating in Mechanical Engineering with a major in Design and Development at the Technical University of Munich, Germany, and receiving a doctorate at the Karlsruhe University, Germany. As a member of the BMW team, Prof. Weber has worked in Process Consulting, Experimental Vehicle Build, as Manager of Purchasing Strategy and Innovation Management North America located in Spartanburg, South Carolina, and in different management positions in the development division for Electrics/Electronics and Driver Environment. He is an Adjunct Associate Professor at Clemson University - International Campus for Automotive Research (CU-ICAR), where he lectures graduate courses in Automotive Development Processes.