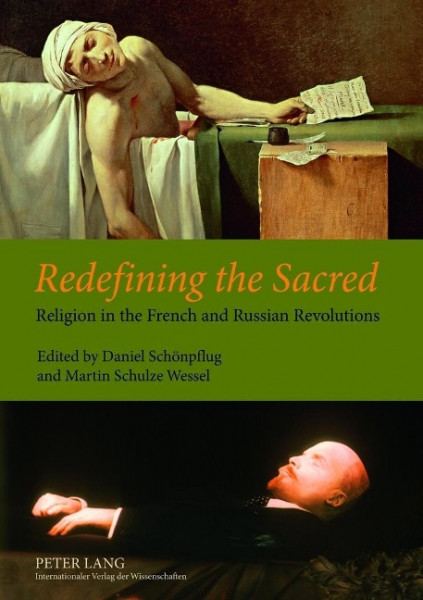 Redefining the Sacred
Religion in the French and Russian Revolutions

The revolutions of 1789 and 1917 were defining moments for religious history in France, Russia, and even in Europe as a whole. Drawing on the self-portrayals of some of the most radical actors, historians have presented revolutionaries as enemies of the church, and men of the church either as counter-revolutionaries or as victims of revolution. Revolution and religion have appeared as antagonistic forces, representing the struggle of modernity against tradition. Only recently have these conventional patterns of interpretation been questioned. Historians explore the religious origins of revolutions, look at clergymen and churches as revolutionary actors and analyze how revolutionary movements appropriate religious patterns of thought and behavior. In the French and in the Russian context, revolutions are seen as moments in which the sacred was redefined. von Schönpflug, Daniel und Schulze Wessel, Marti

Daniel Schönpflug is Vice Director of the Centre Marc Bloch in Berlin. His fields of research include the French Revolution and the marriages and networks of royal dynasties, both as part of a comparative history of modern Europe. Martin Schulze Wessel is Professor of East European History at the Ludwig Maximilian University of Munich and spokesperson for the post-graduate program «Religious Cultures in Modern Europe» (LMU Munich/Charles University Prague). His research is on the interconnections between religious and secular orders in Russia and the Habsburg Monarchy.