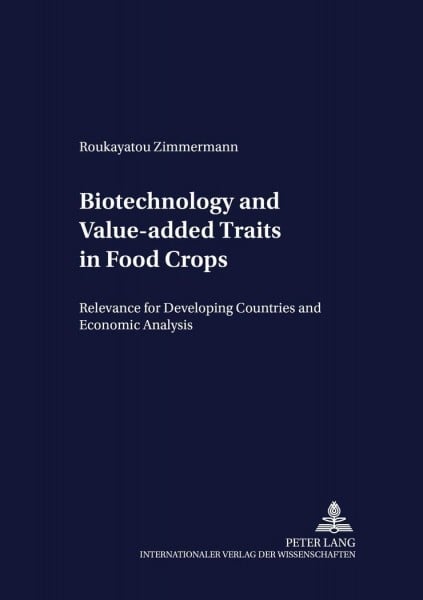 Staple food crops can be genetically modified to produce higher amounts of micronutrients or antigens as edible vaccines. Such new crop traits - enhancing the nutritional quality of the food product or extending its function - are called value-added traits (VATs). VATs promise nutritional and health benefits, particularly for those vulnerable groups who suffer from malnutrition and infectious diseases. This study deals with the topic and provides some preliminary results. An analytical framework for ex ante evaluation of VATs in developing countries (DCs) is developed, and applied within a case study on Golden Rice (GR) in the Philippines. The results of the case study show that GR has a potential to reduce significantly vitamin A deficiency in the Philippines. Finally, biotechnology, particularly genetic engineering has a potential to eliminate nutritional and infectious problems in DCs. von Zimmermann, Roukayatou