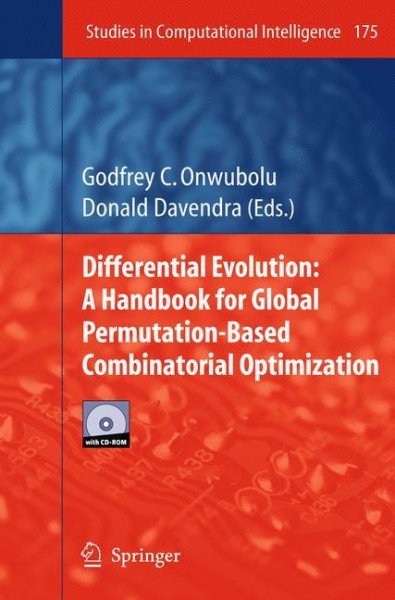 What is combinatorial optimization? Traditionally, a problem is considered to be c- binatorial if its set of feasible solutions is both ?nite and discrete, i. e. , enumerable. For example, the traveling salesman problem asks in what order a salesman should visit the cities in his territory if he wants to minimize his total mileage (see Sect. 2. 2. 2). The traveling salesman problem's feasible solutions - permutations of city labels - c- prise a ?nite, discrete set. By contrast, Differential Evolution was originally designed to optimize functions de?ned on real spaces. Unlike combinatorial problems, the set of feasible solutions for real parameter optimization is continuous. Although Differential Evolution operates internally with ?oating-point precision, it has been applied with success to many numerical optimization problems that have t- ditionally been classi?ed as combinatorial because their feasible sets are discrete. For example, the knapsack problem's goal is to pack objects of differing weight and value so that the knapsack's total weight is less than a given maximum and the value of the items inside is maximized (see Sect. 2. 2. 1). The set of feasible solutions - vectors whose components are nonnegative integers - is both numerical and discrete. To handle such problems while retaining full precision, Differential Evolution copies ?oating-point - lutions to a temporary vector that, prior to being evaluated, is truncated to the nearest feasible solution, e. g. , by rounding the temporary parameters to the nearest nonnegative integer. von Onwubolu, Godfrey C.