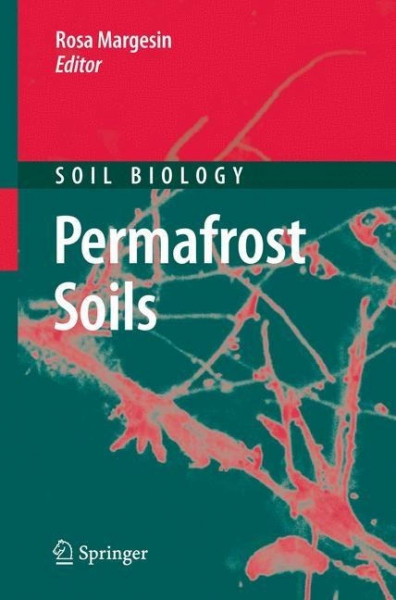 Most of the Earth's biosphere is characterized by low temperatures. Vast areas (20%) of the soil ecosystem are permanently frozen or are unfrozen for only a few weeks in summer. Permafrost regions occur at high latitudes and also at high ele- tions; a significant part of the global permafrost area is represented by mountains. Permafrost soils are of global interest, since a significant increase in temperature is predicted for polar regions. Global warming will have a great impact on these soils, especially in northern regions, since they contain large amounts of organic carbon and act as carbon sinks, and a temperature increase will result in a release of carbon into the atmosphere. Additionally, the intensified release of the clima- relevant tracer gas methane represents a potential environmental harzard. Significant numbers of viable microorganisms, including bacteria, archaea, p- totrophic cyanobacteria and green algae, fungi and protozoa, are present in per- frost, and the characteristics of these microorganisms reflect the unique and extreme conditions of the permafrost environment. Remarkably, these microorg- isms have been reported to be metabolically active at subzero temperatures, even down to ?20°C.