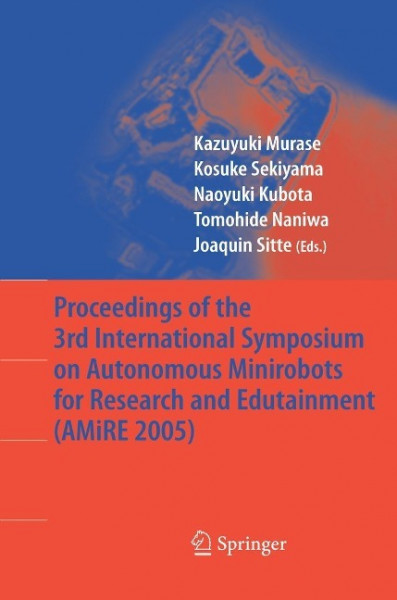 This volume contains a collection of papers presented at the 3rd Interna­ tional Symposium on Autonomous Minirobots for Research and Edutainment (AMiRE 2005) that is held at Awara-Spa, Fukui, Japan, September 20-22, 2005. This is a biennial symposium, which started as AMiRE 2001 at the Heinz Nixdorf Institute of the University of Paderborn, Germany, in 2001, and was followed by AMiRE 2003 at Queensland University of Technology, Brisbane, Australia, in 2003. After these successful symposia, AMiRE 2005 is held under the sponsorship of the Faculty of Engineering, University of Fukui and under the co-sponsorship of the IEEE Robotics and Automation Society. It is funded by the Fukui Convention Bureau and the University of Fukui. Each full-length paper submitted to the symposium was independently reviewed by 3 referees from the world's front-line researchers, and 55 papers were accepted for oral presentation. We acknowledge generous support for those who gave excellent reviews in order to maintain the high standards of the symposium despite a very tight schedule. von Murase, Kazuyuki