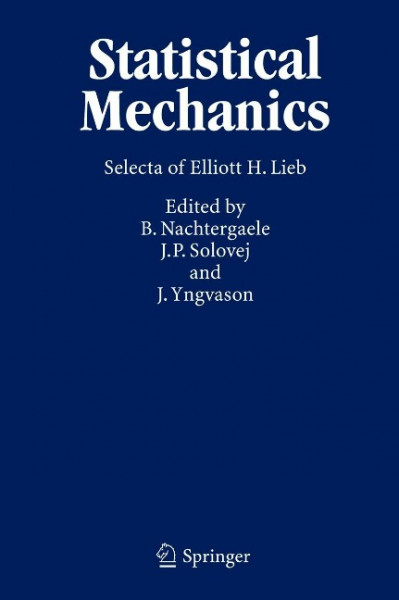 In Statistical Physics one of the ambitious goals is to derive rigorously, from statistical mechanics, the thermodynamic properties of models with realistic forces. Elliott Lieb is a mathematical physicist who meets the challenge of statistical mechanics head on, taking nothing for granted and not being content until the purported consequences have been shown, by rigorous analysis, to follow from the premises. The present volume contains a selection of his contributions to the field, in particular papers dealing with general properties of Coulomb systems, phase transitions in systems with a continuous symmetry, lattice crystals, and entropy inequalities. It also includes work on classical thermodynamics, a discipline that, despite many claims to the contrary, is logically independent of statistical mechanics and deserves a rigorous and unambiguous foundation of its own. The articles in this volume have been carefully annotated by the editors. von Lieb, Elliott H. und Solovej, J. P. und Yngvason, J.