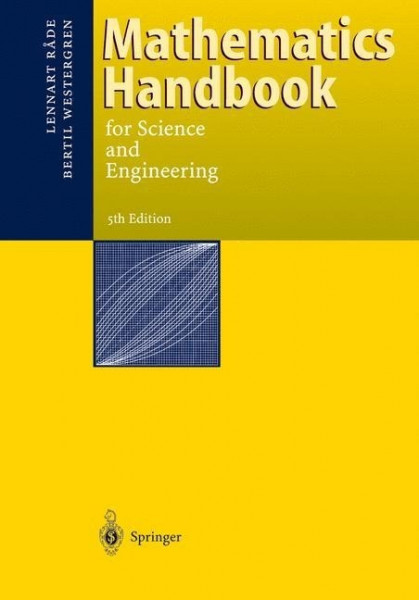 Mathematics Handbook for Science and Engineering

Mathematics Handbook for Science and Engineering

Fourth edition sold over 1400 copies in North America. For the fifth edition the chapter on Optimization has been enlarged and the chapters on Probability Theory and Statistics have been carefully revised. Includes over 450 graphs, figures and illustrations. There is an extensive, thoroughly cross-referenced index which lists over 1,400 terms. von Rade, Lennart;Westergren, Bertil;