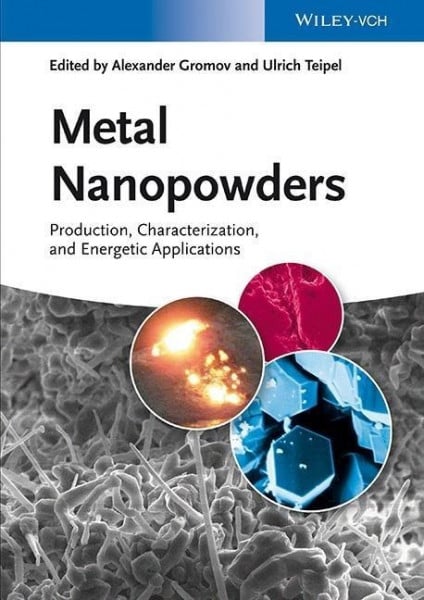 Written with both postgraduate students and researchers in academia and industry in mind, this reference covers the chemistry behind metal nanopowders, including production, characterization, oxidation and combustion. The contributions from renowned international scientists working in the field detail applications in technologies, scale-up processes and safety aspects surrounding their handling and storage. von Gromov, Alexander A.

Alexander Gromov obtained his academic degrees from Bijsk Technologic Institute (1998, Chem.Eng.) and Tomsk Polytechnic University (2000, PhD), before working for Tomsk Polytechnic University (Russia), University of Ulsan (South Korea), Forschungszentrum Karlsruhe and Fraunhofer Institute of Chemical Technology (Germany), Milan Polytechnic University (Italy). He was a visiting professor at the Aerospace Engineering Department at Milan Polytechnic University (Italy), 2011-2013 before obtaining the Humboldt Grant for Experienced Researchers and moving to Nuremberg Technical University George-Simon Ohm (Germany) in 2013. Professor Gromov has authored over 150 scientific publications and several books and has received numerous Russian scientific awards, including the Russian Academy of Science Medal in 2009. He is also a member of the International Award Committee of the "Global Energy Prize". Ulrich Teipel studied Mechanical Engineering at the University of Applied Science of Münster, Germany, 1977 to 1981, followed by Chemical Engineering and Fluid Mechanics at the Technical University (RWTH) of Aachen, Germany, from 1983 to 1990. From 1991 on, he worked as a Research Scientist at the Fraunhofer Institute of Chemical Technology (ICT), becoming Leader of the research group Particle Technology and Deputy Head of the department Energetic Materials in 1996. Since 2004 he has been a Professor of Particle Technology, Mechanical Process Engineering and Fluidmechanics at the Nuremberg Technical University George-Simon Ohm, Germany. His research focuses on R&D on the product design and characterization of particulate materials. Within the field of Particle Technology he is involved in communition, sieve classification, raw materials, mineral processing, rheology of complex fluids and the characterization of particles and disperse systems. Prof. Teipel is a Member of the German Society of Crystallization and Communition and Classification.