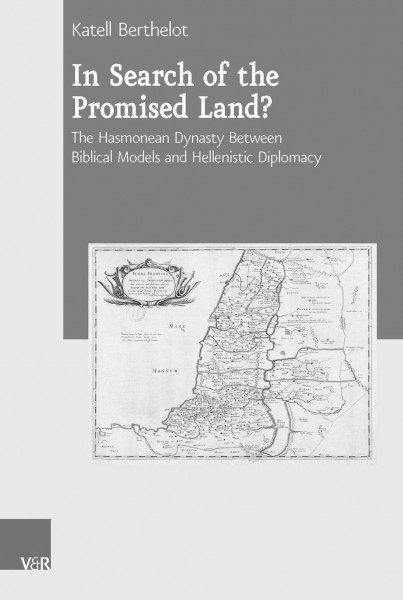 In Search of the Promised Land?

In Search of the Promised Land?
The Hasmonean Dynasty Between Biblical Models and Hellenistic Diplomacy

Katell Berthelot challenges the widespread historiographical consensus that the Hasmoneans embarked on wars of conquest in order to reconquer the Promised Land, the Biblical Land of Israel. She shows that the sources used in support of this consensus - such as 1 Maccabees 15:33-35 - have been over-interpreted. She suggests a different approach to this question. In particular, she argues that in 1 Maccabees, the Hasmoneans deliberately imitate the language ascribed to the Seleucid kings, and that the discourse on the Land found in 1 Maccabees, is congruent with the language of property rights over a given territory in the rhetoric of Hellenistic diplomacy.Berthelot's close examination of accounts by Josephus and other writers, as well as of archaeological and numismatic data, allows her to reconstruct the different factors that led to the Hasmonean wars of conquest. Although Hasmonean leaders were clearly motivated by politico-religious objectives (e.g. getting rid of competing temples in areas under their control), the Deuteronomic commandment to wipe out the inhabitants of the Land and abolish idolatry does not necessarily account for their acts of destruction and the so-called 'forced conversion' of the Idumeans, the Itureans and other groups. Instead, Berthelot's analysis of the sources leads her to reach a different conclusion.Finally, Berthelot investigates the echoes of the Hasmonean wars of conquest in the Dead Sea Scrolls and their memory in rabbinic literature. This allows her to show that, contrary to expectation, there is little evidence that the Hasmonean dynasty was perceived as having reconquered the Promised Land or restored the people of Israel within the borders of the Land of Israel. von Berthelot, Katell und Rigaud, Margaret