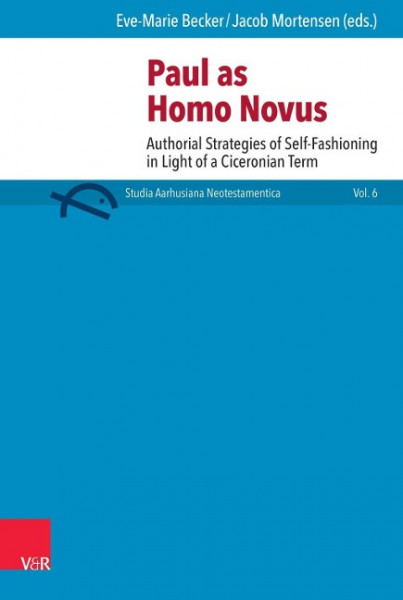 20ths century research in St. Paul is widely impacted by Adolf Deissmann's prominent view on the apostle as a "homo novus" (1911). But where does this concept originate from, and what does it imply? This collection of articles does not only re-evaluate Deissmann's concept by tracing it back to its historical and socio-political origins in Cicero and exploring how authors from (early) Imperial Time perceive and transform the homo novus paradigm by diverse modes and strategies of literary self-fashioning. Scholars ranging the fields of New Testament Studies, Greek and Latin Philology, Ancient History, Patristics, and Comparative Literature also examine how the Ciceronian paradigm was early on transformed, disseminated, and applied as a literary concept and an authorial topos of self-molding. One of the leading questions throughout the volume thus is: How do authors like Cicero, Horace, Paul, Tacitus, Seneca, Athanasius, and Augustine fashion themselves in accordance to or in difference from the idea of being a "new man"? It is argued that by means of literary self-configuration, indeed, some of these writers - such as Paul and Augustine - want to appear as "new men" by either altering traditional social, moral, religious, or political roles, or by creating new patterns of social behavior and religious self-understanding. von Becker, Eve-Marie