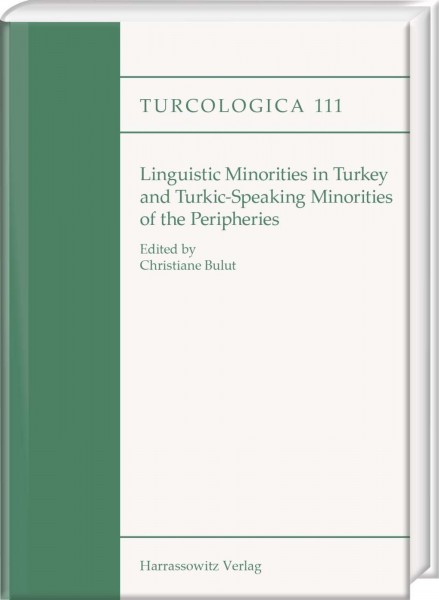 Linguistic minorities in Turkey and Turkic speaking minorities of the peripheries

Linguistic minorities in Turkey and Turkic speaking minorities of the peripheries

Language plays an important role for the identity building of nation states and smaller linguistic communities. The authors of this volume present different aspects of the mutual influences between linguistic identity, political dominance, religious denomination, and the social, political, and historical frameworks in which language choice or maintenance take place. Another major issue is the expression of a specific culture as reflected in literature and religious texts. Examples presented include Anatolia and the peripheries of Turkey, such as the Balkans, Greece, the Caucasus, the northern Black Sea region, Cyprus, and Iraq. In these regions, most speakers of minority languages are bi- or multilingual, while the distribution of spoken varieties often does not coincide with political borders, which cut through much older areas of settlement or historical domains. Across the greater area, the long-lasting and at times extensive contacts of genealogically unrelated languages, representing the Turkic, Indo-European, Semitic, and South Kartvelian families, have led to considerable structural changes and linguistic convergence. These contacts have also contributed to the formation of characteristic regional traits in the cultures of the different peoples of these regions. von Bulut, Christiane