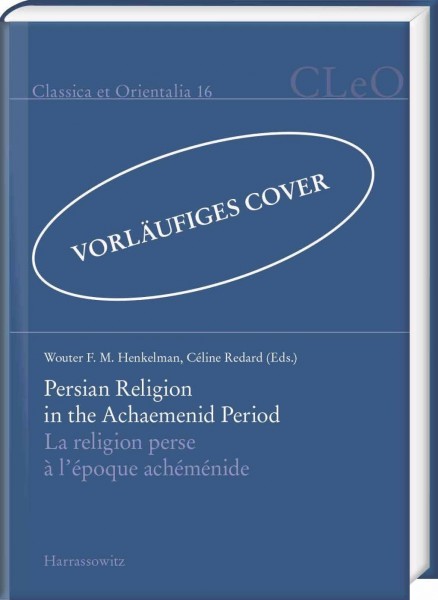 Including twelve English, French, and German papers originally presented at a colloquium convened by Jean Kellens at the Collège de France (2013), this volume addresses a range of issues relating to Persian religion at the time of the Achaemenid Empire (550-330 BCE). Moving away from the reductive question whether the Achaemenid kings were Zoroastrians or not, the contributors have tried to focus either on newly identified or recently published sources (Central Asian archaeological finds, Elamite texts and seal impressions from the Persepolis Fortification Archive, Aramaic texts from Bactria, the Persepolis Bronze Plaque), or on current (and ongoing) debates such as the question of the spread of the so-called long liturgy to western Iran. In doing, different perspectives are chosen: whereas some have stressed the Iranian or Indo-Iranian tradition, others have pointed out the importance of the Elamite and Assyro-Babylonian contexts. At the same time, the volume shows a broad agreement in its insistence on the essential position of primary sources, problematic as they may be, and on the important role the Achaemenid rulers and the imperial project played in the evolution of Iranian religion. von Henkelman, Wouter F. M. und Redard, Céline