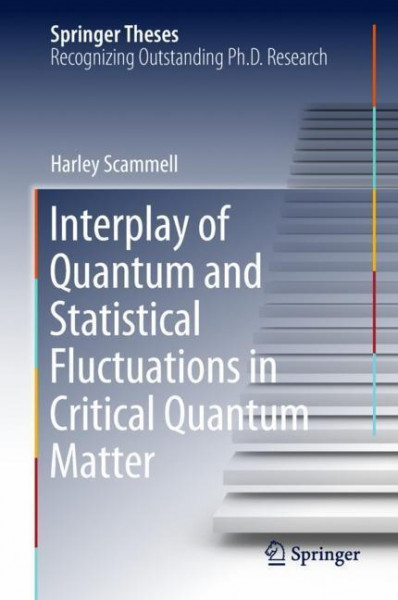 Interplay of Quantum and Statistical Fluctuations in Critical Quantum Matter

Interplay of Quantum and Statistical Fluctuations in Critical Quantum Matter

This book explores critical phenomena in highly correlated quantum matter. Specifically, quantum antiferromagnets, magnon Bose condensates, and systems exhibiting deconfined quantum criticality are considered. The book's main achievement is the incorporation of both quantum and statistical fluctuations into a quantum field theoretic treatment of critical phenomena. This yields significant new insights into an abundance of problems, positions them in a much more general context, and offers an unprecedented power to analyze experimental and numerical data and predict new effects. Further, a major result and overarching theme is the exploration of the scale-dependent coupling constant - an effect known in quantum chromodynamics as "asymptotic freedom." The book provides the first analysis to reveal asymptotic freedom in the quantum magnetism context, and discusses many other manifestations. Another significant result concerns the development of a consistent theoretical framework that resolves a long-standing inconsistency in the theory of Bose condensation. Using the approach developed here, two new universality classes are subsequently identified. A final major result addresses the exotic scenario of deconfined quantum criticality. Within this framework, the book predicts the Bose condensation of particles with half-integer spin - the first- ever made in this regard. In closing, a smoking gun criterion to test for this exotic condensate is established. von Scammell, Harley