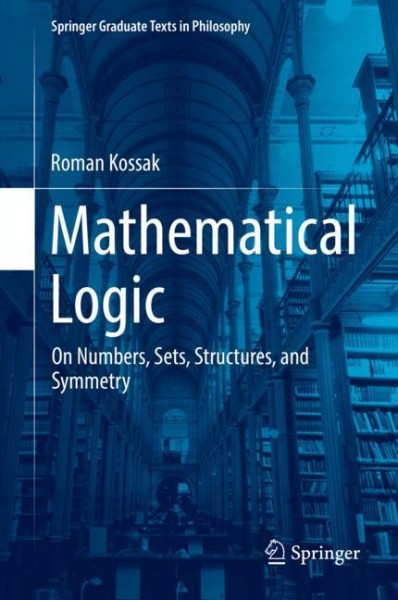 This book, presented in two parts, offers a slow introduction to mathematical logic, and several basic concepts of model theory, such as first-order definability, types, symmetries, and elementary extensions. Its first part, Logic Sets, and Numbers, shows how mathematical logic is used to develop the number structures of classical mathematics. The exposition does not assume any prerequisites; it is rigorous, but as informal as possible. All necessary concepts are introduced exactly as they would be in a course in mathematical logic; but are accompanied by more extensive introductory remarks and examples to motivate formal developments. The second part, Relations, Structures, Geometry, introduces several basic concepts of model theory, such as first-order definability, types, symmetries, and elementary extensions, and shows how they are used to study and classify mathematical structures. Although more advanced, this second part is accessible to the reader who is either already familiar with basic mathematical logic, or has carefully read the first part of the book. Classical developments in model theory, including the Compactness Theorem and its uses, are discussed. Other topics include tameness, minimality, and order minimality of structures. The book can be used as an introduction to model theory, but unlike standard texts, it does not require familiarity with abstract algebra. This book will also be of interest to mathematicians who know the technical aspects of the subject, but are not familiar with its history and philosophical background. von Kossak, Roman

Roman Kossak is a Professor of Mathematics at the City University of New York. He does research in model theory of formal arithmetic. He has published 36 research papers and co-authored a monograph on the subject for the Oxford Logic Guides series. His other interests include philosophy of mathematics, phenomenology of perception, and interactions between mathematics philosophy and the arts.