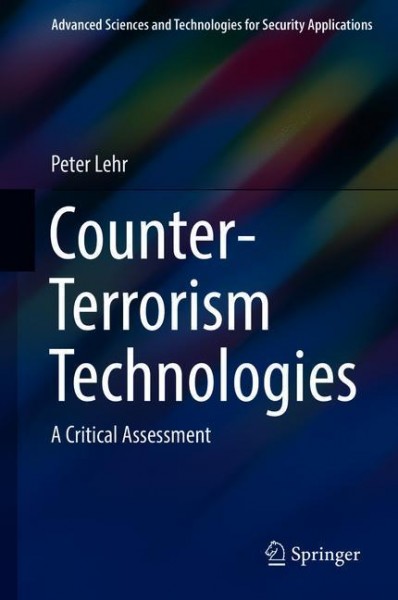 This book critically discusses the role of technology for counter-terrorism in general, and for securing our vulnerable open societies in particular. It is set against the backdrop of the terrorist threat posed by the combined forces of Al Qaeda and ISIS/Daesh in the foreseeable future. The book commences by illuminating current and foreseeable tactics and weapons used by these implacable enemies - weapons that may well include chemical, biological, radiological and potentially even nuclear (CBRN) devices. In a second part, it introduces technologies already available or in development that promise an increase in safety and security when it comes to the dangers posed by these terrorists. This part also includes a critical discussion of advantages and disadvantages of such technologies that are, quite often, sold as a 'silver bullet' approach in the fight against terrorism. Controversies such as those triggered by the abuse of millimeter wave scanners deployed at several Western European airports will demonstrate that there are costs involved with regard to human rights. The third, analytical part takes the critical discussion further by arguing that the uncritical fielding of new surveillance and control technologies in parallel with the on-going outsourcing and privatization of key services of the state could well lead to dystopias as envisaged in a rather prescient way by the so-called cyperpunk novels of the 1980s. The book concludes with the question that any liberal democracy should ask itself: how far can we go with regard to hardening our societies against terrorist threats? von Lehr, Peter

Peter Lehr is lecturer in terrorism studies at the Centre for the Study of Terrorism and Political Violence (CSTPV), University of St. Andrews, Scotland/UK. He worked on the nexus between piracy and maritime terrorism as Informa Group Research Fellow, also at the CSTPV, from September 2004 to August 2007. Prior to that, he was Lecturer at the Department of Political Science, South Asia Institute, University of Heidelberg, and Visiting Fellow at the Institute for Strategic and International Studies (ISIS), Chulalongkorn University, Bangkok/Thailand. Peter Lehr's teaching and research covers the following areas: critical infrastructure protection (CIP); maritime safety and security (including piracy and maritime terrorism); political violence and terrorism; and organized crime. He is the editor of Violence at Sea: Piracy in the Age of Global Terrorism (New York: Routledge 2007; paperback ed. 2011), and the co-editor (together with Rupert Herbert-Burns and Sam Bateman) of Lloyd's MIU Handbook of Maritime Security (Boca Raton: Taylor & Francis 2009). His newest publication, a monograph on piracy from ancient to modern times, titled Like a Parcel of Furies will be published in spring next year, while his most recent peer-reviewed article on the European Union and Aviation Security (co-authored with my colleague Dr Javier Argomaniz), has just been published in a special edition of the journal Studies in Conflict and Terrorism. With regard to teaching, Peter Lehr is the academic director of the CSTPV/Informa Group distance learning course on terrorism (http://terrorismstudies.com). For this certificate-level course he developed the modules on maritime terrorism, on critical infrastructure protection, and on radicalization/deradicalization. Additionally, he is teaching modules for 3rd and 5th year students at the CSTPV and the School of International Relations that include the topics of critical infrastructure protection as well as the role of technology for counter-terrorism. Peter Lehr earned his PhD (Dr. rer. pol.) from the University of Heidelberg, Germany, in April 2004.