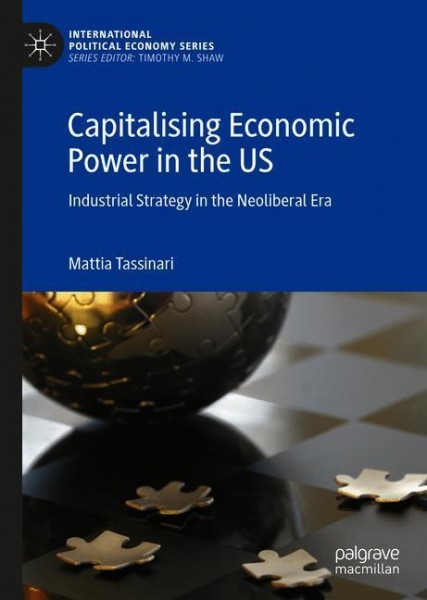 Capitalising Economic Power in the US

This book examines the American industrial strategy, from the late 70s to the present day, in what is now known as the 'neoliberal era'. The author illustrates the ways in which the protection and promotion of American companies and industries took place in the context of the international 'free market'. He provides clear evidence of how the economic power of the United States - wielded to influence the formal and informal institutions of the neoliberal order - has been used as a tool for enhancing its competitive advantage against other world economies. von Tassinari, Mattia

Mattia Tassinari teaches Industrial Economics and Policy at the University of Ferrara, Italy, where he works as Research Fellow. He is also researcher at the c.MET05 (Inter-university Centre for Applied Economic Studies to Industrial Policies, Local Development and Internationalization). He is consultant for several international organizations, such as UNIDO (United Nation Industrial Development Organization) and ECLAC (Economic Commission for Latin America and Caribbean).