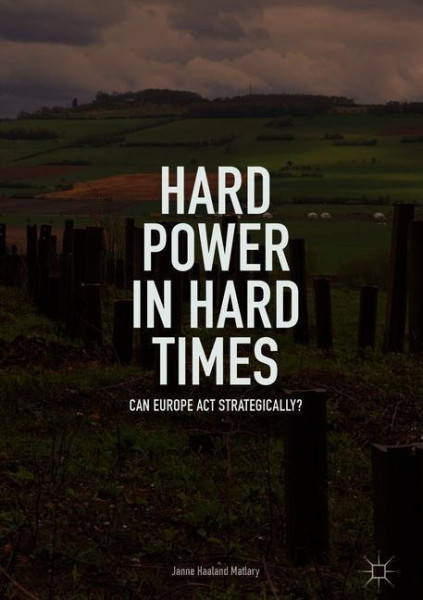 This book analyses whether European leaders are able to deal with the 'hard power' problems of military provocation, mass migration, and terrorism. Russia's 2014 annexation of Crimea was just one example of recent revisionist policies by the state. In 2015, Europe experienced a massive influx of illegal immigrants and refugees whilst also suffering many terrorist attacks in recent years. Common to these policy challenges is the need for using hard power (military, police) in order to confront, stop, stabilize and hinder undesirable outcomes. European politicians are mostly used to wielding incentives-based policy and are unfamiliar with strategic thinking. How well do the British, French, and German governments deal with this triad of hard power problems? What about NATO and the EU? This book examines the responses to determine whether European politicians can still act strategically. von Matlary, Janne Haaland

Janne Haaland Matlary, DM, is professor of political science at the University of Oslo and the Norwegian Military Command and Staff College. Her most recent book is Ukraine and Beyond: Russia's Strategic security Challenge to Europe, (Palgrave Macmillan, 2016). She was previously deputy foreign minister of Norway.