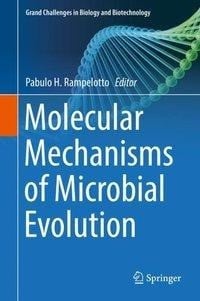 One of the most profound paradigms that have transformed our understanding about life over the last decades was the acknowledgement that microorganisms play a central role in shaping the past and present environments on Earth and the nature of all life forms. Each organism is the product of its history and all extant life traces back to common ancestors, which were microorganisms. Nowadays, microorganisms represent the vast majority of biodiversity on Earth and have survived nearly 4 billion years of evolutionary change. Microbial evolution occurred and continues to take place in a great variety of environmental conditions. However, we still know little about the processes of evolution as applied to microorganisms and microbial populations. In addition, the molecular mechanisms by which microorganisms communicate/interact with each other and with multicellular organisms remains poorly understood. Such patterns of microbe-host interaction are essential to understand the evolution of microbial symbiosis and pathogenesis.Recent advances in DNA sequencing, high-throughput technologies, and genetic manipulation systems have enabled studies that directly characterize the molecular and genomic bases of evolution, producing data that are making us change our view of the microbial world. The notion that mutations in the coding regions of genomes are, in combination with selective forces, the main contributors to biodiversity needs to be re-examined as evidence accumulates, indicating that many non-coding regions that contain regulatory signals show a high rate of variation even among closely related organisms. Comparative analyses of an increasing number of closely related microbial genomes have yielded exciting insight into the sources of microbial genome variability with respect to gene content, gene order and evolution of genes with unknown functions. Furthermore, laboratory studies (i.e. experimental microbial evolution) are providing fundamental biological insight through direct observation of the evolution process. They not only enable testing evolutionary theory and principles, but also have applications to metabolic engineering and human health. Overall, these studies ranging from viruses to Bacteria to microbial Eukaryotes are illuminating the mechanisms of evolution at a resolution that Darwin, Delbruck and Dobzhansky could barely have imagined. Consequently, it is timely to review and highlight the progress so far as well as discuss what remains unknown and requires future research. This book explores the current state of knowledge on the molecular mechanisms of microbial evolution with a collection of papers written by authors who are leading experts in the field. von Rampelotto, Pabulo H

Pabulo Henrique Rampelotto is the founder and Editor-in-Chief of the Springer Book Series "Grand Challenges in Biology and Biotechnology". He is also Editor-in-Chief, Associate Editor, Senior Editor, Guest Editor and member of the editorial board of several scientific journals on the field of Life Sciences and Biotechnology. Furthermore, Pabulo is member of four Scientific Advisory Boards of Lifeboat Foundation, alongside several Nobel Laureates and other distinguished scientists, philosophers, educators, engineers and economists. Most of his recent work has been dedicated to the editorial process of several scientific journals in life science and biotechnology, as well as on the organization of special issues and books in his fields of expertise. In his special issues and books, some of the most distinguished team leaders in the field have published their work, ideas and findings, including Nobel Laureates and several of the highly cited scientists according to the ISI Institute.