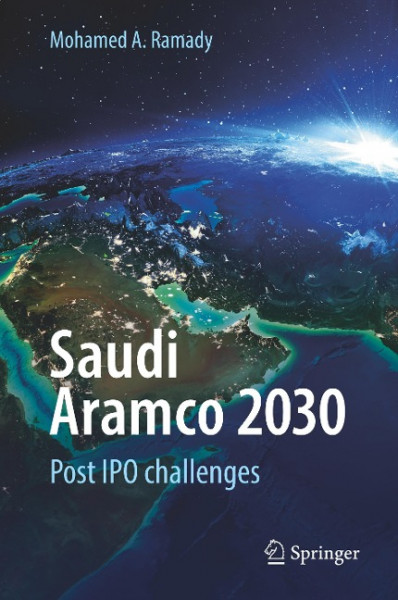 This book discusses the strategic shift in ownership of Aramco, the Saudi  Arabian Oil Company, and its potential impact on Aramco's role in a post- privatized world. Scheduled to become an IPO in 2018, Aramco is on the verge of becoming the largest IPO on the market. As the world's largest oil and gas company, Aramco's impending privatization has important implications for the world's petroleum market. This book, therefore, undertakes an analysis of Aramco, examining its history, its current role in Saudi Arabia's economy, and its future role as an IPO. The chapters highlight the likely outcomes for Aramco in proceeding with its planned IPO and privatization, as well as the various policy options and models available to it by drawing on the privatization of other national oil companies  in Norway , Russia, Brazil, and China. The book also explores the complexities that will be involved in transforming Saudi Aramco to a privatized company-albeit with significant government oversight and control-and addresses  key questions  on the issues  likely to be  faced, such as IPO pricing, the listing, domain, and market capacity, and potential stakeholders. As such, this book will be of interest to academic researchers studying energy economics, energy policy, and the political economy of the Middle East, as well as private sector decision makers in energy related fields, international organizations, international oil companies, energy commodity traders, and public sector energy policy makers with interest in Saudi Arabia and Aramco's IPO.  von Ramady, Mohamed A.

Dr. Mohamed Ramady is a former Visiting Associate Professor in the Faculty of Finance and Economics, King Fahd University of Petroleum and Minerals, Dhahran, Saudi Arabia. He obtained both his BA and his PhD from Leicester University, UK, and a Postgraduate Degree from the University of Glasgow. He is a Fellow of the Chartered Institute of Bankers (UK). He specializes on regional economics, energy and the Saudi economy, as well as on money and banking. Among his publications is The Saudi Arabian Economy: Policies, Achievements and Challenges (Springer, New York, 2010) the GCC Economies: Stepping up To Future Challenges", (Springer, 2012) and Political, Economic and Financial Country Risk: Analysis of the Gulf Cooperation Council, (Springer, 2014), "OPEC in a shale oil world : where to next ? ( Springer  , 2016 )  and "The political  economy of WASTA : use and abuse of social capital networking ", ( Springer , 2016 ). Prior to his academic career, Dr Ramady has over 25 years of senior level positions in banking, finance and investment in the Middle East and Europe with Citibank, Chase Manhattan, First City Texas Bancorp and Qatar National Bank. He also served as Senior Advisor to the Chairman of Qatar International Islamic Bank.