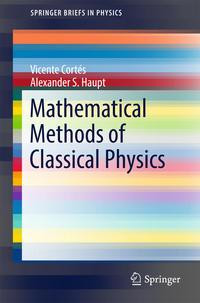 This short primer, geared towards students with a strong interest in mathematically rigorous approaches, introduces the essentials of classical physics, briefly points out its place in the history of physics and its relation to modern physics, and explains what benefits can be gained from a mathematical perspective. As a starting point, Newtonian mechanics is introduced and its limitations are discussed. This leads to and motivates the study of different formulations of classical mechanics, such as Lagrangian and Hamiltonian mechanics, which are the subjects of later chapters. In the second part, a chapter on classical field theories introduces more advanced material. Numerous exercises are collected in the appendix. von Cortés, Vicente und Haupt, Alexander S.