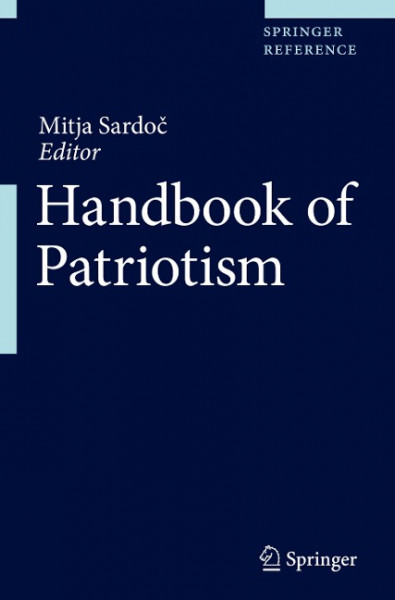 Both historically and conceptually, patriotism has been one of the foundational characteristics that defines the very essence of one's attachment, identification and loyalty to a political community and a basic virtue associated with citizenship as a political conception of the person. Despite its centrality in the pantheon of political ideals, patriotism remains a contested concept and an elusive virtue as well as a source of potential conflicts and violence. The Handbook of Patriotism (the first reference work of its kind) brings together a set of contributions by some of the leading authors on the main themes and concepts associated with this area of scholarly research. Each chapter provides a comprehensive coverage of a particular aspect of this complex, and controversial, social phenomenon. The handbook provides a clear and authoritative exposition of key contemporary conceptions of patriotism, discusses the justification and the motivational impulses associated with patriotism, and examines some of the different ideas most commonly associated with one's attachment, identification and loyalty to a political community. At the same time, it covers a number of basic concepts associated with the 'standard' analysis of patriotism, e.g. civic friendship, solidarity, associative duties, civic virtue, loyalty, pride, responsibility, courage etc. It also presents some of the concepts that were previously lef outside its gravitational orbit, e.g. federalism, religion, taxation and the economy. von Sardoc, Mitja

Mitja Sardoc (PhD) is a researcher at the Educational Research Institute in Ljubljana (Slovenia) where he is member of the 'Social Contract in the 21st Century' research programme. He is author of several scholarly articles and editor of a number of journal special issues on citizenship education, multiculturalism and equality of opportunity. He is Managing Editor of Theory and Research in Education [http://tre.sagepub.com/] and member of the editorial board of The Open Review of Educational Research and Educational Philosophy and Theory. He edited two books published by Blackwell (Citizenship, Inclusion and Democracy and Toleration, Respect and Recognition in Education). He is also a contributing author to the SAGEEncyclopedia of Educational Theory and Philosophy.