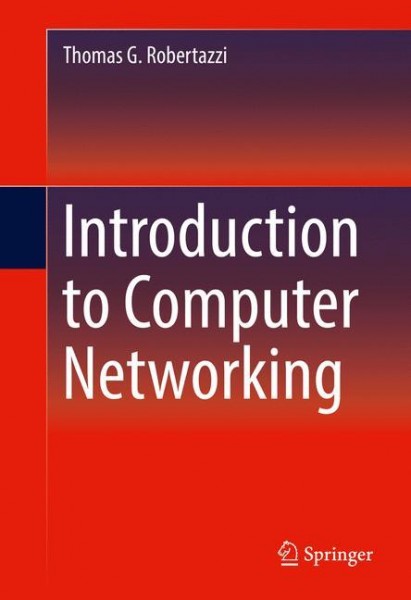 This book gives a broad look at both fundamental networking technology and new areas that support it and use it. It is a concise introduction to the most prominent, recent technological topics in computer networking. Topics include network technology such as wired and wireless networks, enabling technologies such as data centers, software defined networking, cloud and grid computing and applications such as networks on chips, space networking and network security.  The accessible writing style and non-mathematical treatment makes this a useful book for the student, network and communications engineer, computer scientist and IT professional. von Robertazzi, Thomas G.

Thomas G. Robertazzi received the Ph.D from Princeton University, Princeton, NJ, in 1981 and the B.E.E. from the Cooper Union, New York, NY in 1977. A Fellow of the IEEE, he is presently a Professor in the Dept. of Electrical and Computer Engineering at Stony Brook University, Stony Brook N.Y.  He has published extensively in the areas of parallel processor scheduling, ad hoc radio networks, telecommunications network planning, switching, queueing and Petri networks. Prof. Robertazzi has also authored, co-authored or edited six books in the areas of networking, performance evaluation, scheduling and network planning.  For thirteen years Prof. Robertazzi was the faculty director of the Stony Brook Living Learning Center in Science and Engineering.  Since 2008 he has been co-chair of the Stony Brook University Senate Research Committee.