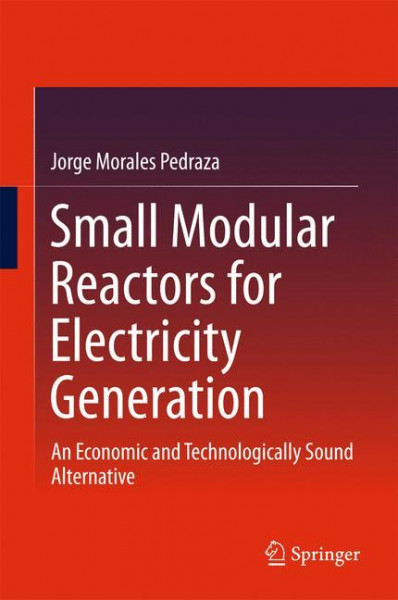 As a flexible, cost-effective energy alternative to large scale nuclear power reactors, this book examines the potential future use of small modular reactors for the generation of electricity in different regions. Exploring advanced nuclear technologies, chapters describe the current situation and perspective of the small modular reactors market (SMRs) in different regions around the word, including North and South America, Europe, Asia, Middle East and Africa. Particular attention is paid to the benefits of using these types of reactors for the generation of electricity, discussing their efficiency and reduced construction time, as well as exploring the main difficulties encountered in the development stage. Looking at the potential dangers that SMRs pose to the environment and population, the text presents the new safety measures that have been adopted in SMRs design to reduce future risk.  von Morales Pedraza, Jorge

Jorge Morales Pedraza currently works as an Independent Consultant on International Affairs and possesses degrees in Mathematical Sciences and Economic Sciences. Formerly, he was a Cuban Ambassador for more than 25 years. In the 1980s, Morales Pedraza was appointed as Ambassador and Permanent Representative of Cuba to the IAEA (International Atomic Energy Agency) and in the 1990s gained the same title with the OPCW (Organization for the Prohibition of Chemical Weapons). In addition, he was Invited University Professor in Mathematical Science and an Invited Professor for International Relations in the Diplomatic Academy of Cuba. Throughout the 1990s and into the 2000s Morales Pedraza worked for the IAEA as Senior Manager in the Director's office. He is the author, co-author and chapter author of 75 books and articles focusing on the use of nuclear energy, renewable and conventional energy, the use of the radiation for the sterilization of tissues, tissue banking, financial investment, among other topics. A total of 84 additional technical documents have also been prepared under his direct supervision. Morales Pedraza is also a reviewer for several international journals.